The Disney+ service has gained 118.1 million subscribers since launching in November 2018, according to the Walt Disney Company’s latest earnings report. The company is forecasting further growth with an emphasis on movies and TV shows for its streaming platform as it competes against other entertainment companies like Netflix and Hulu Plus that also offer a wide range of content

Disney+ has gained 118.1 million subscribers just two years after its launch. The service is now the third most subscribed to streaming service behind Netflix and Hulu.

With 118.1 million customers, Disney+ has become the most popular streaming service in the world. According to The Walt Disney Company’s financial report for the fourth quarter and fiscal year ending October 2, 2021, the streaming service acquired 2.1 million customers in the previous quarter and 44.4 million subscribers in the previous year. On November 12, 2019, Disney+ celebrated its two-year anniversary.

However, Disney+ contributed to an increase in operating losses from $0.4 billion to $0.6 billion. This was due to increased programming and production as a result of expansion attempts.

“This has been a very productive year for The Walt Disney Company, as we’ve made significant progress in reopening our businesses while also taking meaningful and innovative steps in Direct-to-Consumer and at our Parks, particularly with our popular new Disney Genie and Magic Key offerings,” said Bob Chapek, The Walt Disney Company’s Chief Executive Officer.

“As we mark the two-year anniversary of Disney+, we’re thrilled with the performance of our streaming business, which has 179 million total subscribers across our DTC portfolio at the end of fiscal 2021 and a 60 percent year-over-year subscriber increase for Disney+.” We are committed to growing our DTC business in the long run, and we are optimistic that our high-quality entertainment and development into new areas throughout the globe will allow us to do so.”

Disney is the source of this information.

The Xbox App for Windows PCs is getting faster downloads, the ability to install games in any directory, and more.

In a new cinematic trailer for Marvel’s Avengers, the PlayStation-exclusive Spider-Man is revealed.

Due to component shortages, Sony has lowered its PlayStation 5 production target.

Netflix is bringing AV1 streaming to the PS4 Pro and a few select TVs. 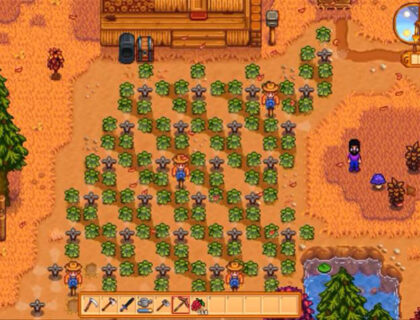 Where To Get Purple Mushrooms In Stardew Valley –

How To Send Message With Invisible Ink?

How To Use Vrchat Sdk?